Hi everyone! As some of you may have heard, this coming Saturday, August 13th, at 2:00pm, I’ll be doing a reading and q & a sponsored by the Golden Notebook of Woodstock, NY, to support my new collection, Corpsemouth and Other Autobiographies. Here’s a graphic the store’s PR department provided for it:

The event will take place at Nancy’s Artisanal Creamery, which is to say, you’ll be able to have delicious ice cream at it! So come out Saturday for chills of the literary and culinary varieties!

A few weeks ago, I had the chance to do an interview with Australian writer and interviewer Glenn Parker for his Does the Dog Die in This? podcast.  (You have to follow the website links to Spotify for the podcast episodes; I’m episodes 9 and 10.)  I had a blast talking with Glenn about things like impostor syndrome, getting past being too self critical, and the mysteries of canine consciousness.  Thanks to him for allowing me to ramble on.

Glenn also reprinted one of my early stories, “Episode Seven:  Last Stand Against the Pack in the Kingdom of the Purple Flowers,” which has become a little harder to find these days, on the website. 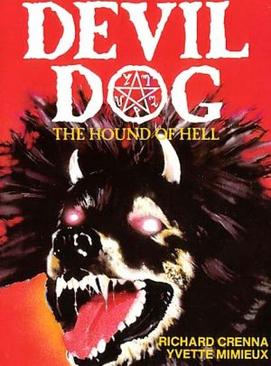 Devil Dog, the Hound of Hell, says, “The dog better not die in this, Langan!”

Lately, I’ve had the pleasure of being interviewed for several podcasts, the first couple of which have been posted.  If you have a little time, perhaps you’d like to listen to them.

First up, I talk to the Humming Fools (their name, not mine).  The focus of their podcast is on creativity, which they approach in a very funny way.  They’re also in the process of creating a horror comic based on fictional versions of themselves (at least, I assume they’re fictional).  The first two issues are up on their site, and I have to tell you, I enjoyed the heck out of them, and was sorry the third wasn’t done yet.

This is the image the Fools (specifically, Noah Baslé) came up with for my show with them.  Holy cow, do I love this, and wish it were on a t-shirt.  Or a huge poster.  Or painted on my house.  Good job, Noah!

Second is a conversation with Curtis Lawson for his Wyrd Transmissions podcast.  Curtis is the author of a very cool novel, Black Heart Boys’ Choir, and we had a terrific conversation about writing horror fiction.

This the logo for Curtis’s podcast.  It’s nice to see that monsters love to read, too.

Seven years ago, Nicu’s Spoon theater company, under the direction of Stephanie Barton-Farcas, staged my story, “How the Day Runs Down” (which, in case you haven’t read it, is written in play form; I’ve described it as my zombie Our Town).  One rainy night in July, my wife and I took the train down to Manhattan to watch the performance.  Afterward, I ventured onstage to answer a few audience questions.  Fiona recorded the thing on our little Flip camera.  I had always meant to edit the thing and share it, but apparently, it’s taken me seven years to get to it.  Consider this a historical curiosity:

Yesterday, I had the great pleasure of being interviewed on The Lovecraft e-zine Podcast, which is one of my favorite weekly podcasts.  Thanks to Mike Davis, Pete Rawlik, Phil Fracassi, Matt Carpenter, and Kelly Young for their hospitality and good conversation.  If you’d like, you can listen to the broadcast here.

During the show, in conjunction with discussing my recent reviewing for Locus magazine, I mentioned a number of books that are well worth a look.  Some of them appeared this past year, some are a bit older.  I thought it would be a good idea to post links to them here.  If you have a little disposable income, and want to read excellent novels and stories, you might want to check out a few (or all) of these.

Looming Low, eds. Sam Cowan and Justin Steele:  This struck me as one of the major anthologies of 2017.  It brings together a number of up and coming writers of weird fiction with more established writers in the field, and in the process offers fresh insights into the relationships between their work.  (Pair it with Joe Pulver’s Walk on the Weird Side, and you have a nice overview of the state of the field.)

UBO, by Steven Rasnic Tem:  Tem is one of the legends of the horror field, and his latest novel demonstrates why.  It’s an alien abduction story, of a kind, in which monstrous insects spirit people from their beds to a strange planet where they’re strapped to strange machinery that drops them into the consciousnesses of some of (human) history’s greatest villains.  Nothing else I read last year compared to it in terms of sheer weirdness and sheer humanity.  (I also mentioned Tem’s collaboration with his late wife, Melanie, The Man on the Ceiling, which is one of my absolute favorite horror novels of the last decade plus.)

My reviews of S.P. Miskowski’s I Wish I Was Like You and Gwendolyn Kiste’s Pretty Marys All In a Row were posted at the Locus website, but I also wanted to recognize their recent collections, Strange is the Night and And Her Smile Will Untether the Universe, respectively.  Kristi DeMeester had a two book year, as well, with her debut novel, Beneath, and collection, Everything That’s Underneath, establishing her as a strong voice in horror fiction.  Nadia Bulkin’s She Said Destroy is a welcome collection of her searing stories; while Philip Fracassi’s Behold the Void contains one of my favorite recent horror stories, the novella, “Altar.”

Finally, during our conversation, I had a chance to mention the work of Thomas Tessier, whose werewolf novel, The Nightwalker, remains a favorite decades after I first came across it in a used bookstore after literally years of searching for it (based on Stephen King’s recommendation in Danse Macabre).  It may be the horror novel I’ve re-read the most; certainly, it’s among the top three or four.  Slender and elegant, Tessier’s novels are overdue a revival.  If you like The Nightwalker, take a look at Finishing Touches or Phantom.

The Black Aether is a Hungarian site devoted to Lovecraftian fiction.  The other month, they asked me if I’d be willing to do an interview with them.  I said yes, and this is what resulted.

In the last couple of weeks, I’ve done a couple of interviews.  The first was for the Halloweekly podcast; the second for the Unreliable Narrators podcast.  Both were a great deal of fun.  If you have a little bit of time, here they are.

One of my wife’s former students, now a professor herself, e-mailed me the other day to ask if I’d mind putting together a two to three minute audio interview on my first experiences with professional publication, for a class she’s teaching.  Fiona and I made this short video, which is about twice as long as what her former student asked for, not to mention, it’s a video.  I thought I’d post the link here in case it’s of interest to anyone.

The other day, I took part in a round table discussion on Halloween with John Skipp and Lisa Morton, moderated by Dave Kirtley for his Geek’s Guide to the Galaxy podcast.  Lisa’s done a ton of research on the history and traditions of my favorite holiday; Skipp is irrepressible.  I had a blast.

File under “I should have mentioned this earlier”:  this past November, I was interviewed by Cesar Torres for his Labyrinth podcast.  I had watched Cesar’s interviews with Peter Straub and Laird Barron, among others, and was pleased and flattered when Cesar contacted me about doing a show with him.  We had a fine, far-ranging conversation (which you can watch here); so fine, in fact, that we agreed to continue it sometime after the new year.  Stay tuned…