Most of my dreams are confused, fragmentary affairs.  There are elements I recognize from dream to dream, mostly large, labyrinthine structures through which I wander, sometimes alone, generally in the company of a small group of people, but I don’t experience the kind of long narratives some of my family and friends have related to me.

In some ways, the dream I had the other night wasn’t much different from usual, but its effect on me was and continues to be profound.  In it, I was floating in the ocean; I think I was wearing a wetsuit (which I also think was orange and black).   I am, as a rule, made very nervous to the point of panicking by the thought of being in deep water, but I was oddly calm.  In the mid- to far distance, I could see the low, jagged spine of a mountainous island, which, in the weird way of dreams, I knew was tropical.  Directly to my left, maybe eight or ten feet away, there was a man in a kayak, also wearing a wetsuit (which I think was also orange and black), a life-vest, and a safety helmet; he was holding a paddle in one or both of his hands.  I don’t remember recognizing him, but we were familiar enough for him to warn me to be very careful.

The reason for his caution was the blue whale floating directly in front of me, no more than two or three feet away.  The top of its head was barely out of the water; what I could mostly see was one brown eye the size of a saucer, set in blue and gray skin traversed by deep grooves and lines.  I was aware of the immensity of the whale just underneath the water next to me, and of that great brown eye studying me as it slowly moved from left to right in front of me.  I had the sense the whale was female, though I can’t say how.  The man in the kayak was telling me how dangerous my position was, how you weren’t supposed to be this close to a whale, how if it decided to dive you could be sucked underwater.  I wasn’t afraid, which struck me even in the dream:  I knew I should be, next to so massive a creature in so perilous a location, but all I was aware of was a kind of emotion–I want to call it a subdued or muted gladness at the sheer size of the whale, at something like this existing.

And that was the dream, just floating beside this blue whale as she regarded me.  The next night, as we were preparing dinner, I told it to Fiona, my wife, who almost immediately had an interpretation for it.  “I think it was your imagination,” she said.  “I think you were meeting your imagination.  In a lot of Jungian psychology, the ocean is a symbol for the unconscious.  I think you were having a meeting with your imagination.”  Which is far cooler than anything I could have come up with.  I love the idea of a whale as the image for my imagination:  there’s a whale scene in my first novel, House of Windows, and then there’s The Fisherman, which started life as my riff on Moby Dick.  Funnily enough, the night I had the dream, I had just had a breakthrough about the long project I’m trying to get started on now.  So there you go. 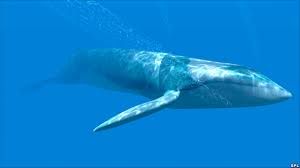 2 thoughts on “Floating Next to the Whale: A Dream”