Christopher Buehlman’s The Lesser Dead is another favorite (recent) read.  It’s a vampire novel, set in New York City during the 1970’s, about a group of vampires living in the subway system who encounter a terrifying threat.  It was my bedtime reading for a few nights, and it kept me awake and reading each and every one of them.  In large part, this was due to its narrative voice, which is simultaneously streetwise and lyrical, ranging back and forth among the histories of its narrator and his fellow vampires.  There’s so much in this novel that feels as if it shouldn’t work:  from the first-person vampire narrator, to the vampires dwelling in the subways, to vampires being stalked by a predatory creature, to a twist ending, but Buehlman pulls all of it off with verve and panache.  It’s as if he set himself the challenge of taking these familiar elements and doing something fresh and new with them.  It’s a cliche of writing instruction that there’s no idea so old and so worn that a talented writer can’t do something interesting with it, based on his accomplishment here, Christopher Buehlman is talented, indeed. 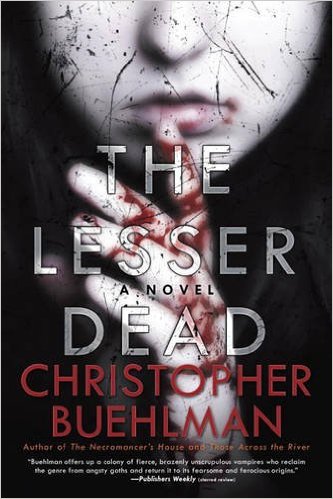